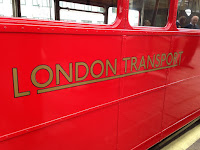 It was driven by 3 horses on a very nice trot!
But on the bus everywhere was a jiggle,
It looked as if everyone was doing a wiggle!

The second Omnibus had stairs at the back,
for the sake of elderlies there was also a rack!
The bus was born in 1910,
when men looked at women's privacy- bad men!

The third Omnibus as usual was red,
there was also a roof for the drivers head!
At the top of the bus was a yellow roof,
and at the bottom an engine instead of a horse's hooves!


The Routemaster was the best of all,
it was so good that nobody would fall!
While everyone enjoyed the ride,
Adverts surrounded them inside!

No conductors on a modern bus,
you swipe your oyster which isn't a fuss!
modern buses are very busy,
eventhough they do not have a 'Clippie'